Your Meeting With The Cave Troll!

Wind howls through the black stone, the cold whipping against your bare face. Your muscles ache and the soles of your feet burn against the hard ground, yet you will them to take another step forward.

You’ve been wandering deep in the forgotten tunnels of the misted mountains for weeks now with no sign of the end and without the feel of sunlight on your skin. The inky darkness of the endless chasm feels as though it is beginning to creep into your mind now, yet still you continue on.

Following one winding passageway after another, the tunnels seem an infinite chaos, no pattern, no layout to figure out, each doorway promising the end and yet leading to another dark tunnel. Silence, save for the occasional flurry of bats, the endless drip of water falling from the high ceiling above and the echo of your foot falls on vast stone.

You think of what little provisions you have left, a flask of water and a few stale crusts of bread. It's been weeks now since you left the village and you are running low. You’ve been entrusted with this task as the Sorcerer’s Apprentice and you cannot fail him, so continue you must. A curse lies upon your village, and to lift it, he needs a crystal from these hills.

Formed naturally on the rock’s surface, it is a rare and valuable item, imbued with the ancient magic that lies in this place, and there’s no telling where it may be. 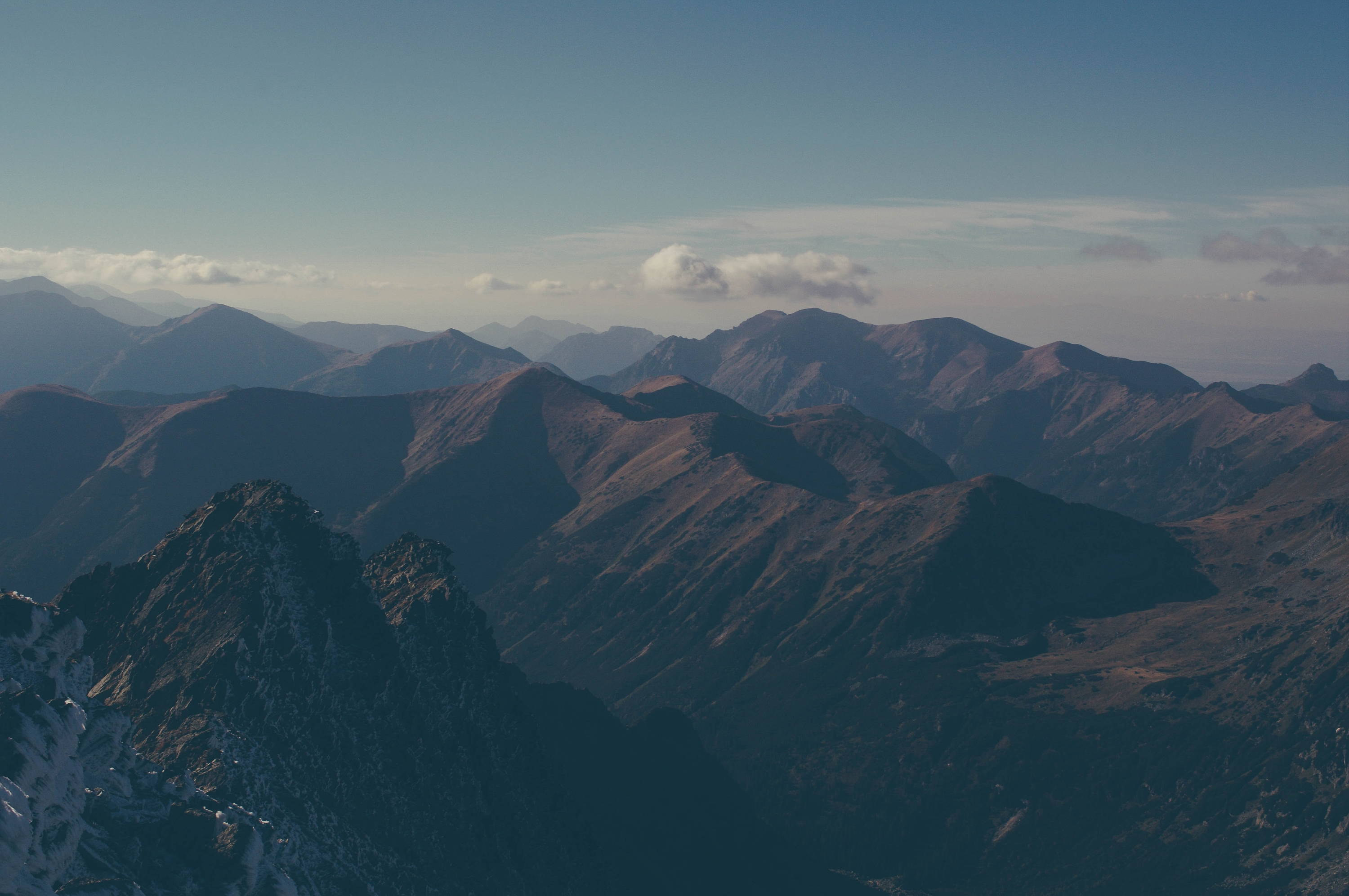 You’ve scoured the dark tunnels with nought but the flickering flame of your candle to lead the way, illuminating rough stone and peculiar insects with pincers and an inordinate amount of eyes. Your pack tugs on your shoulders now, the weight causing your steps to become heavy and slow. Another doorway lies ahead, but - are you imagining it? A soft yellow light glows in the distance, promising an end at last to the vast tunnel.

Invigorated with new hope, you move towards the doorway with haste and step through, finding yourself in a great cave filled with mighty boulders, ceilings extending for what seem like miles above. Water drips from the cracks in porous stone into the dark green moss that blankets the walls of this place, ruddy brown mushrooms you don’t recognise spring up from forgotten corners, coiling and twisting into peculiar shapes, yellowed edges frilling, some dappled with speckled patterns.

Leaves have blown in from the entrance and litter the floor, soaked in rainwater and moisture from the cave walls, filling the room with the sweet smell of natural decay. Yes! The sunlight is streaming into the cave now, so you snuff out your candle, but something else catches your eye - a tiny glinting light buried in the mossy wall. 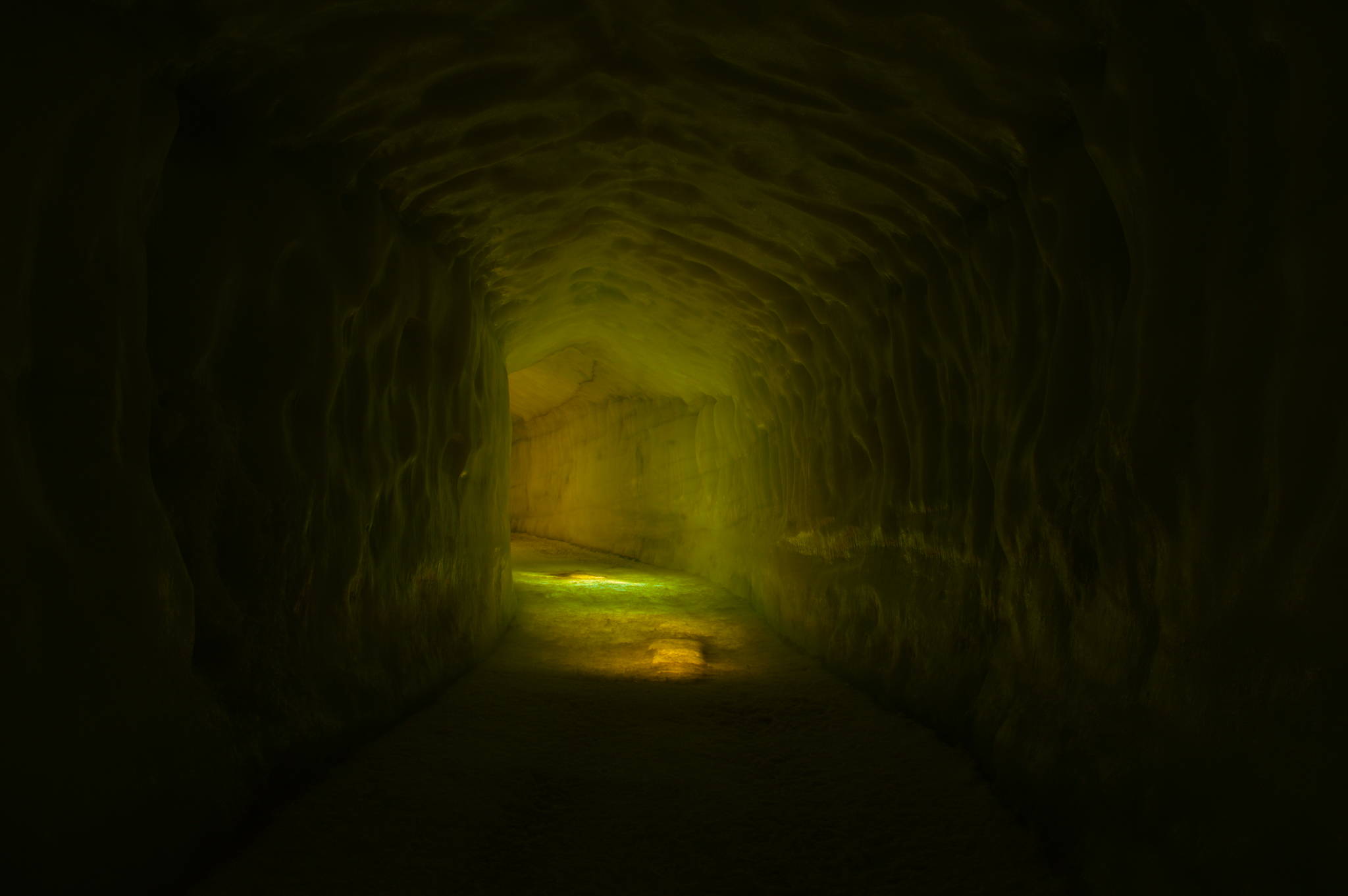 Dead leaves squelch underfoot as you make your way up to the wall. You run your fingers over the soft moss, the fresh scent juicy and alive. You start to pick at it and the earth crumbles away easily in your fingertips, revealing a stone embedded in the moss. It appears clear at first glance, but when you look again you see blue, then purple, then green, all swirling, giving off a faint effervescent glow.

You feel for the rough edges of the crystal and tug it away from the wall, it fits perfectly in your palm. You wrap it in cloth and store it safely in your pack, you can’t believe your luck! You almost whoop for joy when a loud thud from within the cave causes you to clamp your jaw shut quickly. Diving behind a boulder in the shadowy edges of the cave, you scan the area nervously. The ground tremors, sending shockwaves through the stone. Water drips furiously from the walls of the cave onto your face and dust shivers free from the high ceilings.

You crouch down low, your dark cloak concealing you in the corners of the cave, and stifle a gasp at what you see come around the corner. Standing at least 30ft tall, thick grey skin marred with cracks not unlike the stone itself, stands a cave troll. His ears protrude unevenly from the side of his oddly small head, tiny eyes glinting like beetles and a huge nose spilling across his face. At his waist there is a dirty brown rag tied and he carries a stack of logs, which on further inspection you realise are actually entire tree trunks. 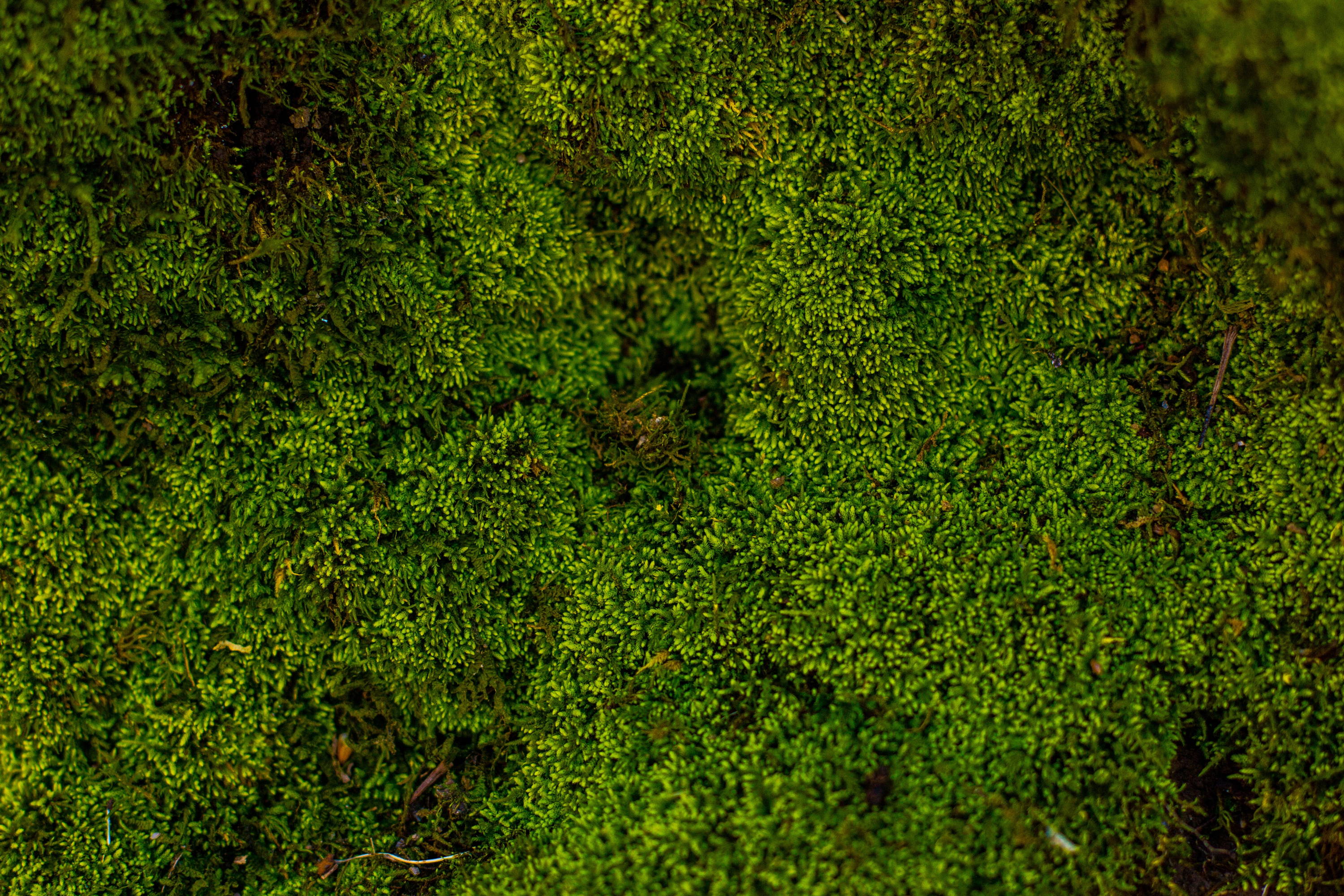 He stares aimlessly into the distance and scratches his head, causing a bit of moss that was growing there to fall off, as though he can’t remember why he came into this part of the cave, so he turns and walks back towards the exit. You follow this time, soft footfalls keeping you in the corners away from his stare, you have heard many things about the cave trolls, and their bad eyesight is one of them. That they are incredibly stupid is another.

Around the corner you reach the cave entrance, squinting your eyes at the sunlight streaming in, the first you have seen in weeks. You’re so close now. A huge pile of wood and ash lies in the centre of the cave, and the troll releases his pile of tree trunks to join them, the crashing noise sending bats flying from shadowy corners in a panic and shockwaves through the cave. He keeps to the dark corners of this place, you have heard stories of sunlight turning Trolls to stone.

A large club embedded with shards of black obsidian lies in the corner of the cave, you don’t want to get too close to that. The troll plonks himself down before the wood pile, picking his nose mindlessly. He picks up some flint the size of your legs and begins bashing it together above the fire. Now he is faced away from you, it’s your chance to escape.

You scurry around the edges, hiding behind jagged rocks, when a twig at the entrance cracks under your foot. He lurches, standing up with difficulty and letting out a large grumble that tremors through the rock. He reaches for his club and turns to face the entrance, but you don’t stick around long enough to see what happens next. Willing your legs forward and imbued with adrenaline, you sprint down the steep hillside outside the cave, running and running until it is but a speck in the distance. 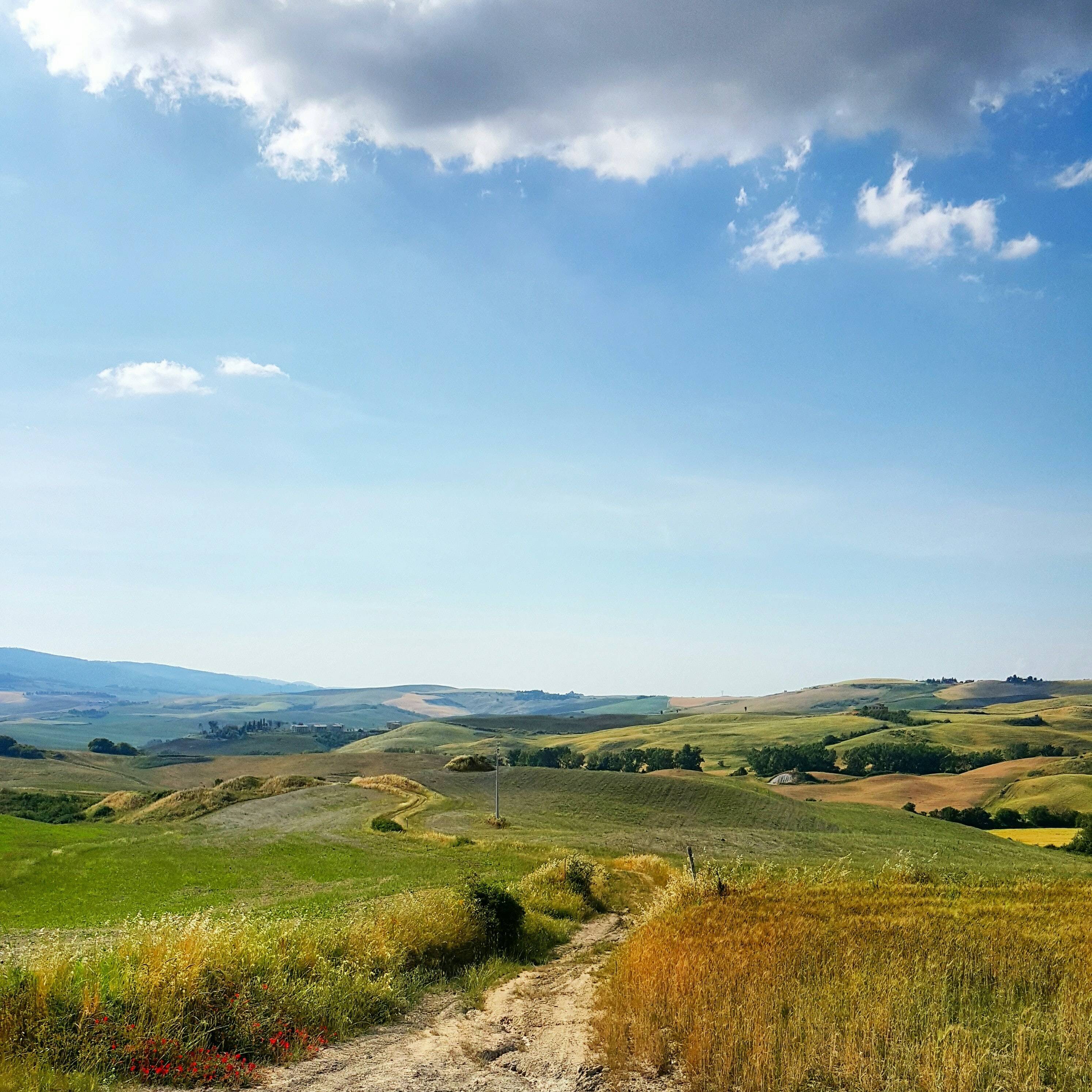 Panting, you collapse on the grassy mount, smiling as the sunlight kisses your face for the first time in weeks, fresh air filling your lungs. You realise you are still holding the candle that led you through those dark tunnels, and as you go to stuff it back in your bag, you realise it has a lingering smell of the cave - fresh, damp moss, decaying leaves and water on stone.

Tucking it into your pack, you make your way along the grassy footpath and start the journey back to the village. The Sorcerer will be most pleased.

Experience your meeting with the Cave Troll again!

I definitely have to get this candle now!!

Such a good story…I held my breath when the twig snapped, lol! I guess I know which candle I’ll be ordering next!!

Love the story! Can’t wait for more stories and candles. Thank you LEAH, for being a light in the darkness when the world spins in chaos.

I was so Intrigued wanted more🤗 as soon as I get finances I’m order I Will be ordering.

What a great story, I could smell the dampness of sweet earth and rotting leaves! I love it!! Will be ordering this in a couple of days!

Fantastic story. I wish I could write like you. I have ordered the candle and it has been shipped. Can’t wait until it arrives so I can engage in the great aroma!

I cannot wait to get my candle! I’m redoing my craft room and this room will be where all of my Mythologie candles will be burned and stored.

wow…..that story was incredible. I was so entranced by it. Now I can’t wait to smell this candle. Thanks for the story, it was very entertaining.

Comments will be approved before showing up.

Which book, film and game to pair with your Celtic Folklore candles

At the core of Mythologie Candles is experience, so let us take you on a journey with our Celtic Folklore collection, and show you how to create the most magical experience for yourself.
Read more

Our founder, Leah and Content Director, Lauren recently went live on Facebook to 'sniff and tell' the new Celtic Folklore collection, talk about the scents, packaging, and the storytelling!
Read more

Leah shows you the new vessels + behind the scenes

Our founder Leah sits down to share how it's been building Mythologie Candles over the last year, and to show you the new vessels side by side.
Read more